...And Yes! The Dow Jones' Future Trends Are Predictable!  ...Despite the Disbelief!

Personal Call with Aman, the author of the Expert Trading System 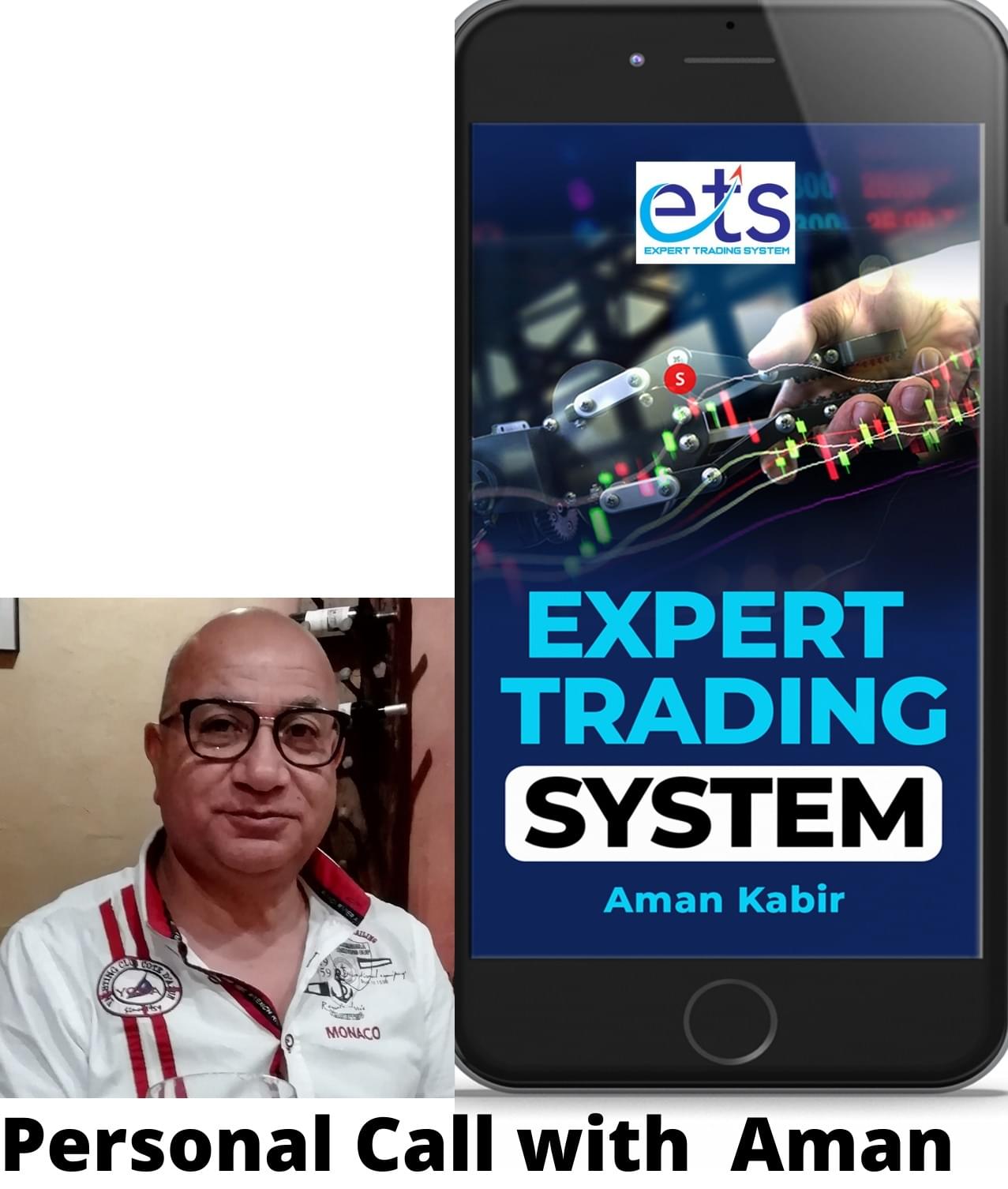 THE UNDERGROUND PLAYBOOK FOR     INVESTING AND TRADING!

For special requests or advice, you may directly book a call with Aman.

For interim period, you get a bonus 5-minute call as part of the ETS Bundle Audio and Video Courses...

For other issues, you may drop us an email to:
support@experttradingsystem.com

Go to Page Personal Call with Aman ...and get your questions answered...

Are You Serious About Trading Or Investing? 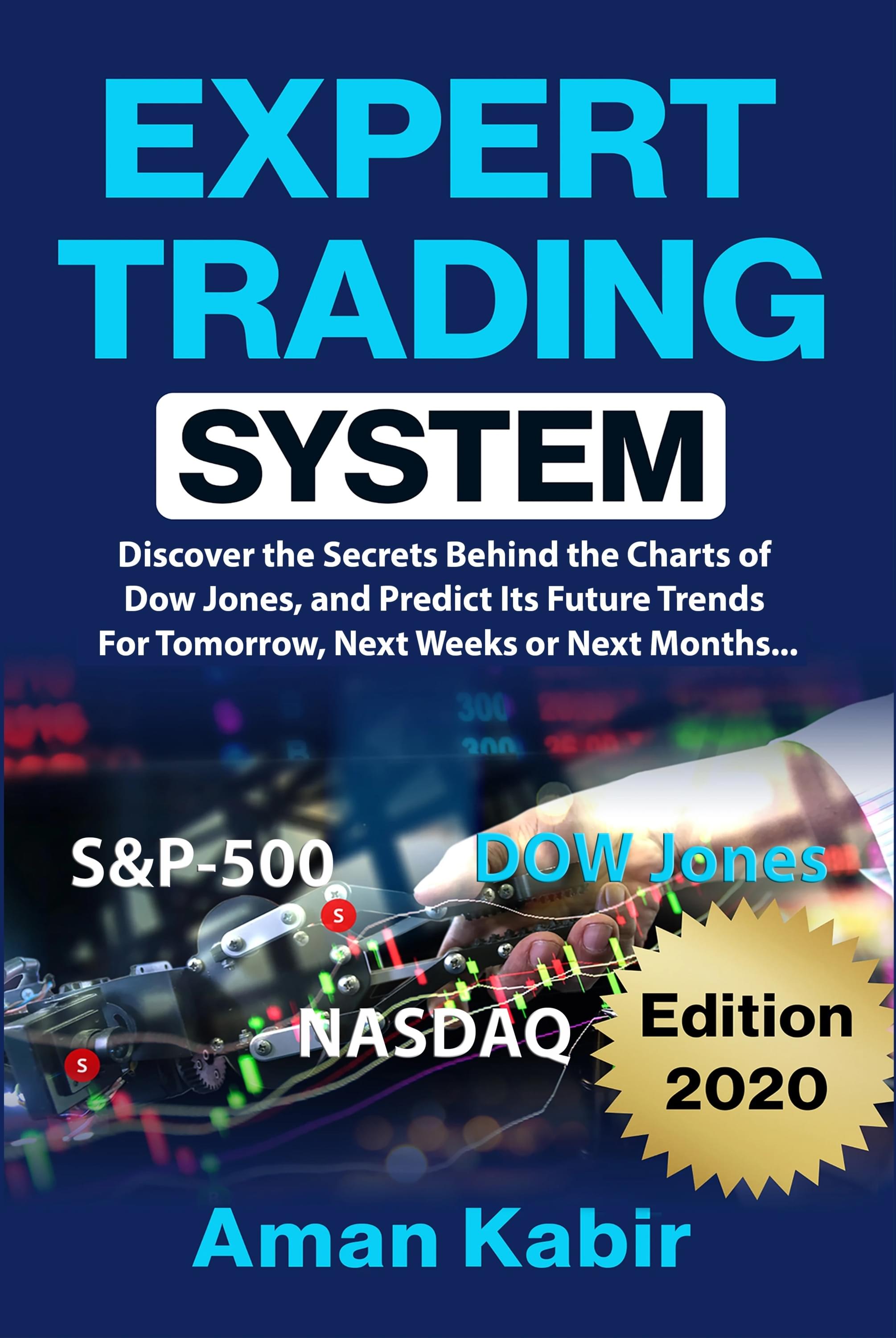 Without knowing where the markets are heading tomorrow, next weeks, next months, or next years, traders and "experts" are just shooting in the dark, like a blind!

This was my case for a long time until I discovered the secrets behind the charts of Financial Instruments...
Like everyone out there, I used too, to randomly hope and pray on rainy days, without any specific strategy. But things changed drastically while I was writing this book...
Asking better questions leads to better answers!
Get Your Free eBook (in PDF) Now! and surf the Dow Jones waves in line with your own predictions!

For professionals and novices...

Who is the Author?

Designed And Developed By Aman KABIR 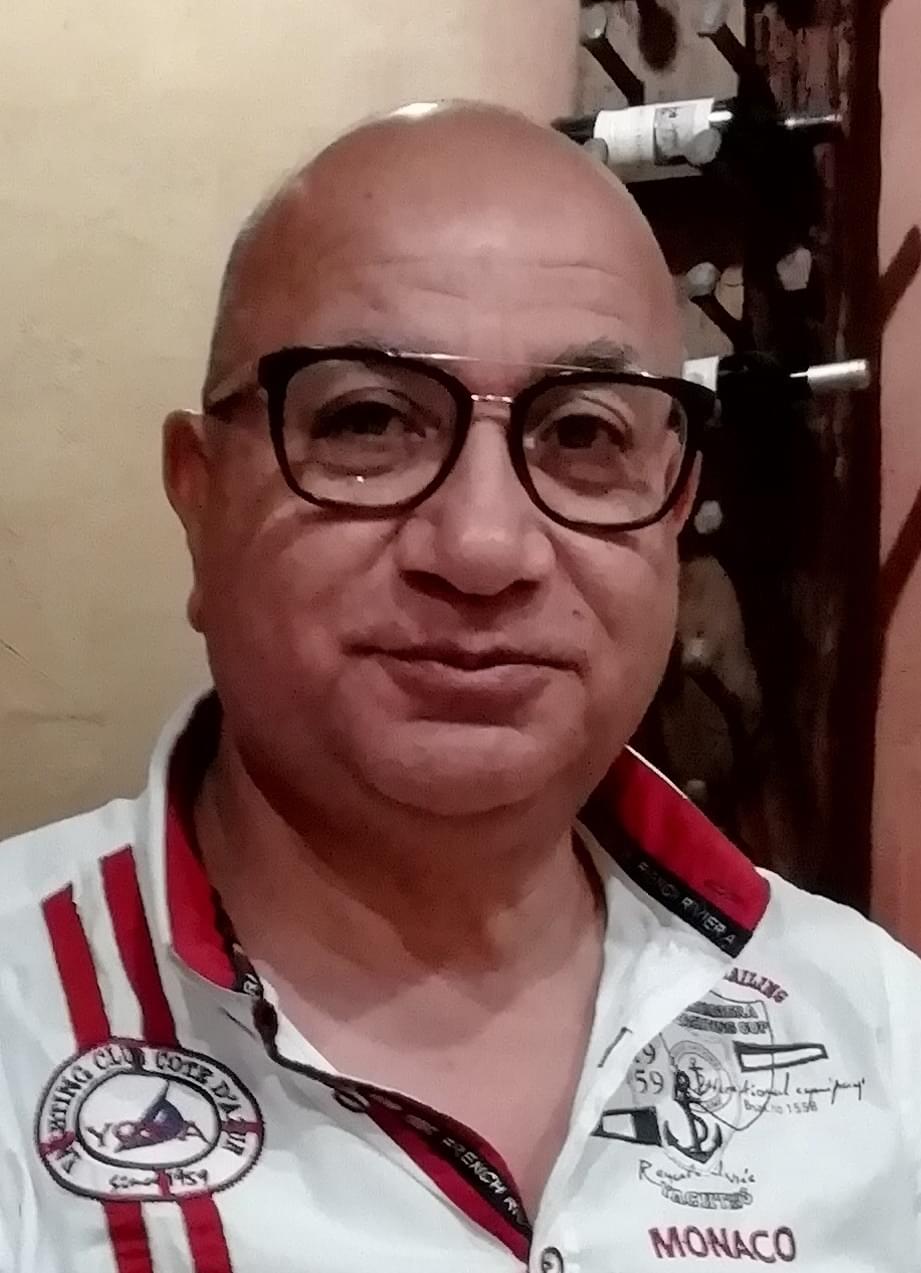 .
Hey there, my name is Aman Kabir. I am an entrepreneur, master coach, and the author, designer, and developer of the EXPERT TRADING SYSTEM.

That all started in 1998, while I was attending for the 5th times the Tony Robbins' UPW seminar in London, UK. Well, that was a moment of truth... I was then working hard and seven days a week... While being a staff of the European Space Agency (ESA - equivalent of NASA) in charge of Telecommunications systems for controlling the European satellites in Germany, I was also the owner of a major Fitness Center close to my home.

During the UPW seminar, I decided to register for Tony's Mastery University program which includes the "Wealth Mastery", "Life Mastery," and "Date With Destiny" seminars.

Soon after, I attended a four day "Wealth Mastery" seminar in 1998 in London. For a novice like me, who didn't even know what "bullish", "Bearish", "short", or "long" meant, the seminar sounded quite interesting. The chart patterns seemed mysterious and exciting, but without knowing at all how to interpret them. Though, it gave me the conviction that there must be a way to discover the hidden secrets behind those patterns.

Then, I started to read several dozen books and attended further seminars, without any major breakthrough. With the time, I became more and more frustrated because no light was seemingly visible at the end of the tunnel...

Luckily, it was in year 2000 that I listened to Tony's Power Talk audio tape with Robert Prechter. This sounded quite interesting and I ordered immediately the Prechter's book, called "Elliott Wave Principle". It was exactly the type of books I was desperately looking for. I read, or more precisely, studied it in three days without interruption. It was the first time that I could make sense of financial charts... Although the book explained in detail the chart pattern recognition, it didn't say much about order management, trading or investing.

As a shy guy then, the moment of epiphany happened when I was on holiday in a Club Med resort in Spain in 2001. For the first time, I decided to write a book on investing and trading. This was a courageous decision. Though, my goal was then, to leave rather a legacy in the form of an academic book, with a lot of theory, but without specific practice, like so many "useless” books, you may find around now a days...

With the time, it became for me a kind of obsession to discover those secrets behind the market charts. Then, I started further investigative work to test brokers, trading strategies and so on...

It is after retiring in 2014 that I finally decided to write the Expert Trading System book. It took me some 18 months to finish it.

Actually, the book started to mature while I was writing it. As you may guess, new questions were constantly popping up in my mind one after the other, that of course required each a new answer.

Because I came from an engineering background, I was luckily not indoctrinated with embedded limiting beliefs that many economists and financiers get infected in universities, about what is possible and what is not…

Now that the historical top has seemingly occurred on February 12, 2020, Dow Jones is predicted to fall to around 5,837 points in November 2022 as a first priority.

Note that the bull market since 2009 is mainly the result of numerous so-called Quantitative Easing (QE) measures decided by various world central bankers. However, these measures create a more and more disconnect between the real economy and the financial markets. As a consequence, the government's debt and the central banker’s balance sheets have meanwhile become huge bubbles, ready to pop up soon. As many say "Trees don't grow to the sky!"

The burden of government's debt is currently sustainable because the central banks have artificially engineered an environment of close-to-zero interest rate. But soon, things are going to change, rather drastically.

After the historical crash, with lesser severity though this time than the one of Great Depression, during which Dow Jones lost 89.5% from its top in some 34 months, a century long period of growth and prosperity will kick in.

This book is the fruit of over 15 years of research and development by the author.
Once you master the Expert Trading System, charts can no longer hide their secrets and you will be able to predict their future trends autonomously, based on probability.

Let's imagine a moment: what you could do with your investing capital if you knew IN ADVANCE where the markets will trend, tomorrow, next weeks, next months, or next years?
This knowledge can either make you immensely prosperous by riding the chart waves up and down, or prevent you from severe losses while the markets are looking for a bottom.
Don't forget, once the bottom is reached, a century long period of growth and prosperity will kick in thereafter.
Like many, I used  to believe for a long time that the market future trends are unpredictable, until this book proved me wrong. You may well get the same experience too...
You'll get the necessary tools and support to master the strategies of the book and become your own financial advisor.

...And one of author's life missions is to prove scientifically that the future is predictable.
To live a spiritually happy life, we all need to grow and contribute each single day. Growing could mean learning new skills, replacing a bad behavior by a better one, improving one’s self-love and self-esteem, or discovering deep inside, the true human being we are.
Learning creates the opportunity to live the noble values of surprise, adventure, spontaneity, curiosity, inspiration, passion, and growth. Above all, it dispels the feelings of boredom and monotony. Learning let us grow and enlarge our comfort zone.
The act of contribution gives us the opportunity to share the magical moments of our lives with love and generosity. A beautiful smile to a stranger, an anonymous assistance to a person in need, but also through technological innovations that could make people’s lives easier and enjoyable, are a few examples of contribution.
The most memorable moments of our life are the ones of sharing. You can then realize that the pleasure of giving and sharing with love and generosity is much more intense than taking and keeping for oneself.
We are all on earth to experience the deepest feelings of love and happiness. These are our true needs and desires. So, why waste time and settle for a mediocre life when a great one of happiness is at hand?
We can all change our lives for the better by making a real decision. Will today be the beginning of a happier life for you? The decision is yours…

What The Book Is All About?

THE UNDERGROUND PLAYBOOK FOR INVESTING AND TRADING! 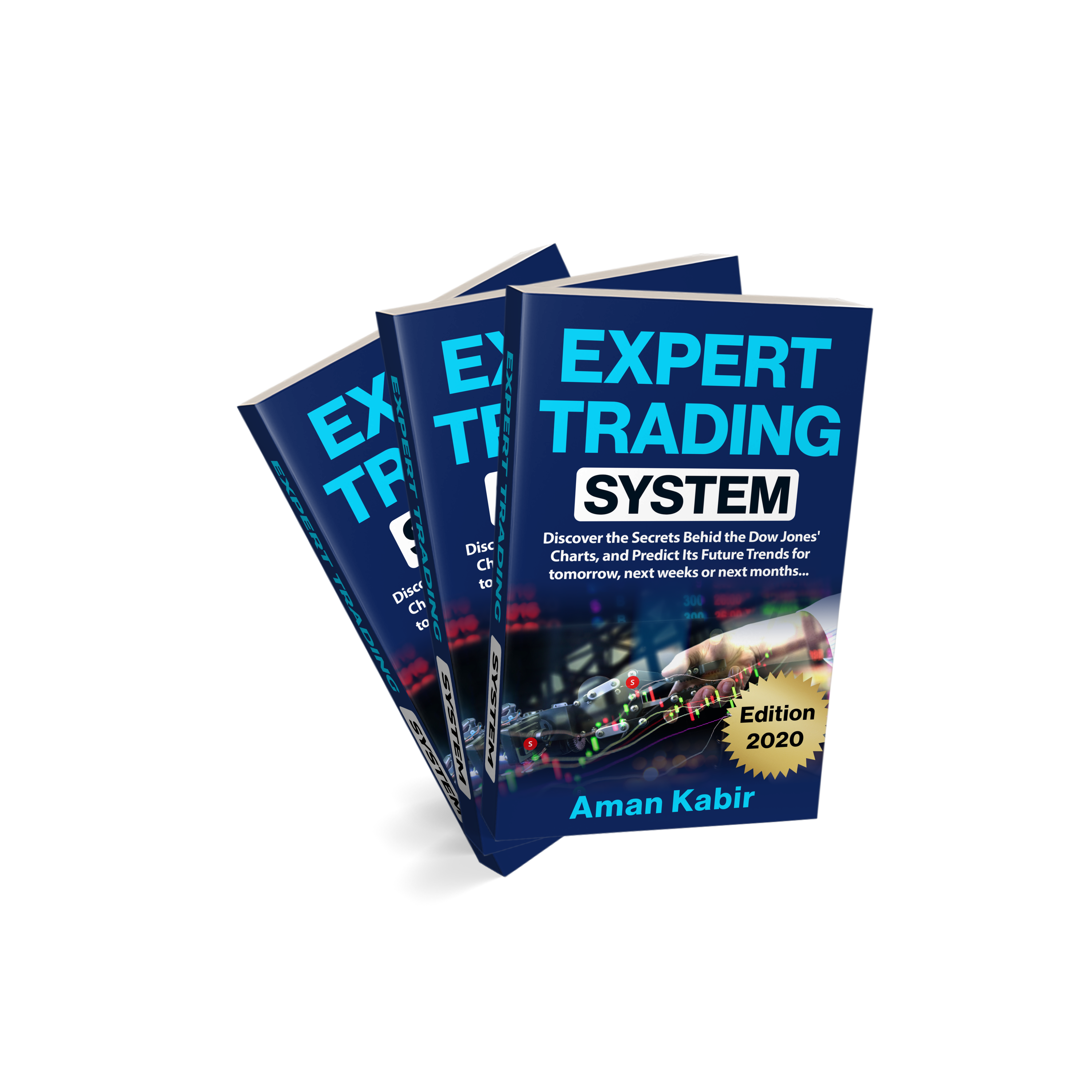 What's Inside the Book?

With Trading Or Investing, You Can Choose To Live On Your Own Terms 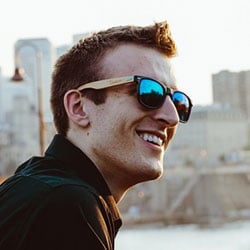 Best knowledgeable book ever: A Very comprehensive and analytic view and tools For today and future trading with understanding of worlds political and environmental effect on the economy. For beginners and specialists. great book. thank you Mr. Kabir.

A new book by Aman Kabir "Expert Trading System:
...Expert Trading System Book is designed to help predict the market trends with unprecedented accuracy and highest probability of success.
The Trend Prediction Strategy combined with the sophisticated Order Management Strategy can help the readers preserve their wealth during the hard times ahead, or even produce astonishing gains by trading the financial instruments.
Utilization of Reward-Risk Ratio and Loss-Parking Strategy enables traders and investors achieve the highest amounts of gains while drastically reduce the number of losing trades.

Chapter 8 describes in detail the thinking processes that lead to the prediction of the Dow Jones trends until November 2022.
- James A. Cox, Editor-in-Chief 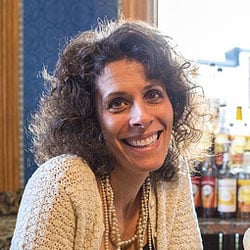 ***** of 5 stars:
Not just theory - actual practical strategies with proof. - By Steadybird

Aman clearly knows what he is talking about, loves this subject and is a successful investor.

As a novice I learned more about trading from this book than anything else I've read so far.

He also mentions the nature of the trading methods using 'Probabilistic science' probability of certain number of attempts, versus 'deterministic science' - exact results.

I actually loved his analogy of how we decide to buy a pair of shoes versus trading! For a novice like me, I found these types of analogies useful.

It is Wall Street Uncovered without the BS.

Whether you are a novice or an experienced trader with set ideas, I recommend you investigate what Aman has to say.
- Steady Bird, Sint Maarten
ATTENTION: For Those who are serious about Trading & Investing and want to take their skills to the next level...

"We over-deliver, Because We Love Our Customers!!!" -  Aman Kabir

EARNINGS DISCLAIMER: We don't believe in "get rich quickly" programs - but only in hard work, adding value, building a real and professional career, and serving others with excellence and constancy. Our programs are intended to help you raise your knowledge in the fields of Trend Prediction of financial markets, Market Timing, Investing, and Trading. Learning requires work and discipline, just like any worthwhile endeavor or professional education programs. Please don't enroll in our programs if you believe in the "money for nothing get rich quick" myth or ideology; we only want serious people dedicated to add value for themselves and for the humanity.
As stipulated by law, we can not and do not make any guarantees about your ability to get results or earn any money with our ideas, information, tools or strategies. We don't know you and, besides, your results in life are up to you. Agreed? We just want to help by giving great content, direction, and strategies. What we can guarantee is your satisfaction; we give you a 30-day 100% satisfaction guarantee, so if you are not happy for any reason with the quality of our trainings, just ask for a refund. You should know that all products and services by our company are exclusively for educational and informational purposes only. Nothing on this page, any of our websites, or any of our content or curriculum is a promise or guarantee of results or future earnings, and we do not offer any investing, trading, financial, economical, legal, medical, tax or other professional advice.
© 2020 - Coaching Conseil Cannes SASU: 37 Boulevard Montfleury, 06400 Cannes, France - TVA: FR 32 840323455 - support@experttradingsystem.com - All right reserved